An authorized Bosch commonrail repair workshop since 2007, we have many years experience with Mercedes, BMW, Hyundai, Kia, Ford and Mazda commonrail diesel systems. And we put that same level of quality experience in repairing very popular sports utility and light commercial models from Toyota, Mitsubishi and Nissan, among others. 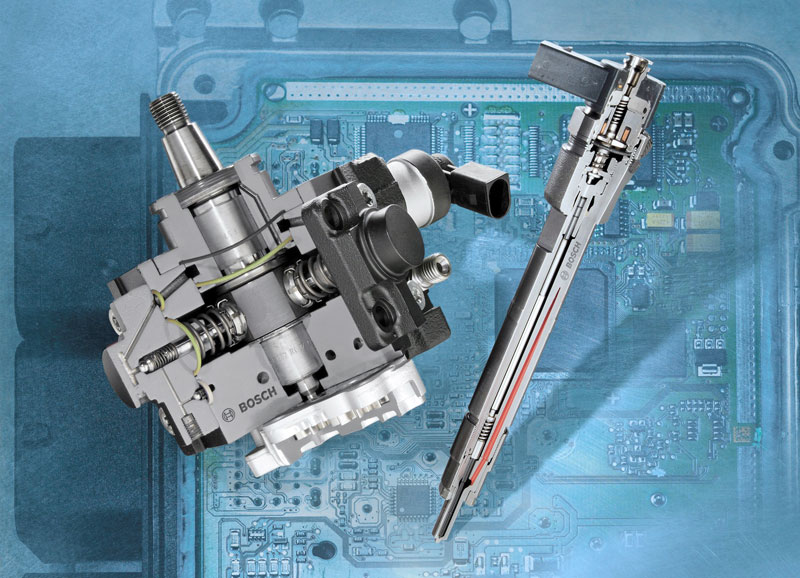 Why do you want to buy commonrail diesel? It accelerates like a gasoline car, runs clean, and can go twice as far as your old diesel on the same fuel amount. Who wouldn't want that?

A decade ago we just had a few electronically-controlled systems installed on the the Nissan Patrol and Urvan Estate, Isuzu DMax and Isuzu Giga. Compared to Europe and Japan where every diesel is atleast electronic, in the Philippines everthing else had mechanical systems. Then suddenly, as if overnight, everybody jumped the gun with commonrail models, starting with the Isuzu Trooper in 2000.

Commonrail is the fastest growing development in diesel engine technology. Is there a leading manufacturer without a commonrail offering?

In 2010, the local market already had some 150,000 commonrail units operating. We estimate that there are now more than 225,000 registered diesel vehicles with commonrail systems.

Until recently, the majority of diesel workshops have been unwilling or unable to install satisfactory bench testing equipment for commonrail. The costs have been prohibitive. A Bosch EPS708 can set you back by 8 digits. A Bosch EPS815, even more.

Why is it expensive? The sophistication of the repair process must match the advances in technology. The repair of modern diesel systems require high quality test equipment, high precision parts, a high degree of cleanliness in the workshop and the expertise of diesel specialists.

You will not get enough tests and data that will assure a quality repair using cheap equipment copies. Thus, it is important that the vehicle owner and operator be made aware of the different requirements of commonrail repair.