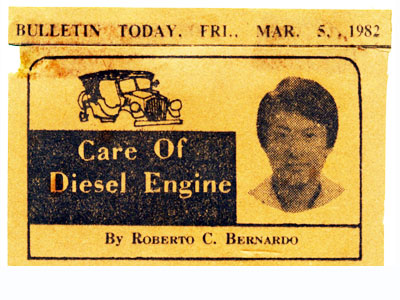 Very recently, Diesel Kiki Co., Ltd., the largest maker of fuel injection equipment in Japan and ranked No. 3 in the world, conducted a comparative study on imitation and inferior replacement parts mostly available in the Philippine market today.

(Diesel Kiki Co., Ltd. Is the maker of the fuel injection equipment originally installed in most diesel engines in the Philippines today like Isuzu , Hino, Nissan,Mazda, etc., in cooperation with their local agent, Malabon Diesel Injection Service.)

Among others, it was found that imitation parts and inferior replacement parts do not conform with the strict acceptable standard of the original. Most of them do not observe the critical clearances, the material quality and dimension required to support the very high technical specification of Diesel Kiki made fuel equipment.

This condition has resulted in premature breakdowns and totally bad performance of the diesel engine.

The common problem and other more serious ones previously discussed in this column could very well have been caused by these imitations and inferior replacement parts.

Note that undesirable properties of said parts do not affect the fuel injection equipment only but could very well cause extensive damage to the engine in general.

The use of diesel- fueled engine could very simple and economical from the point of view of maintenance; but with improper care, it could be very unreasonably expensive, not to mention the down time and and inconvenience its proper care could bring about.

Proper care does not only mean proper handling of the vehicle, repair and service by qualified mechanics, but includes seeing to it that when parts replacement are required only the original, genuine parts are used.

The incompatible nature of imitation parts and inferior replacement parts are proven to have caused considerable damage to both the engine and its user. To the user because of the expense, and inconvenience involved, and to the engine because of poor performance.

Thus, to be sure that you're getting your money's worth, first look over your fuel injection equipment. Its brand will tell you what brand of parts to buy and use. If it says Diesel Kiki, then get only Diesel Kiki; if it says Bosch, Nippondenso, etc., then get what the brand says and you'll never go wrong.

Remember, each fuel injection maker has its own trade secrets or specification that makes it different from the others; they will never the same. The original will always be the best and the imitation and replacement parts never.

So beware of imitation parts which are usually marked as original. Don't save a few pesos now only to pay much more later. 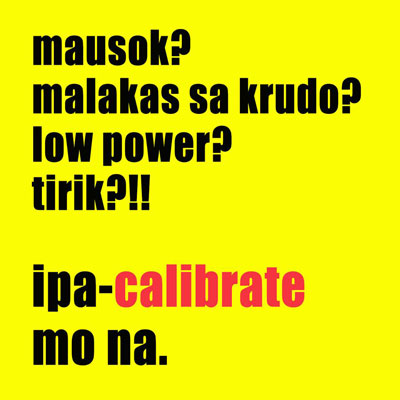